Precious Resources' primary activity is to function as a "buying agent" for professional buyers of Gems in Brazil's trading center: YOUR Buying Agent, procuring - single stones, discount lots and making special cuts for you. We also offer you the option to consult on how, when and where to sell what you buy through us. We are concerned about your success. See our videos - Click Here.
HOW CAN WE HELP YOU?
-Not get burnt! Make more and easier sales! Make more profit!
-By making you a hero to your customer and helping you make more and bigger sales with custom cuts to your specs at the source with source prices

What makes us different from most firms, is that we work with you to solve your gemstone buying & marketing problems by procuring your exact needs in Brazil's gem capital, cutting to those needs and suggesting more effective Marketing Strategies and Tactics. We help you put $ in your pocket.

WE WORK FOR YOU AT THE SOURCE.  Click Here for Testimonials.

WE HELP YOU MARKET GEMSTONES TO YOUR TARGETS.

Here you can work with a firm whose managing director is a world renowned authority on how to make $ buying gems and selling colored gemstones.

A successful gem stone sourcing agent who has lectured, written many articles and the definitive book on how to turn gems into money, for more information or to order the book.

Want to know more about how you can design or have your customer design the gems that fit perfectly into your jewelry creation?

Want to know more about making money in the gem trade? Just Click Here and Join.

To see how Emerald, Alexandrite, Aquamarine, Tourmaline are traded and cut, Click Video Below.

How do you know which of these Precious Gems is worth more?
Click Here

* You buying gems in Brazil.

* We serving as your gem buying guide in Brazil.

Join
Ask us know how we can improve your marketing or your purchasing.
Contact us
Visit "Gemstone Marketer Group" on Facebook.
Click Here
We buy as your buying agent and ship to you; or help you buy here at the source.

We work as gemstone buying agents, similar to those in the textile or the toy industry. We take your specifications and search the market here in Brazil's cutting capital. If necessary we go to the mines in the area and buy rough. Then after your approval we cut or recut, in our own lapidation, the way you want and ship to you any where in the world.

Whether you require center stones, sets or calibrated alexandrite, amethyst, andalusite, aquamarine, green beryl, yellow beryl, citrine, chrysoberyl, emerald, kunzite morganite, sphene, precious topaz, tourmaline indicolite, rubilite, green tourmaline. We are ideally positioned to get you the goods you need and want as they come out of the cutting shops and mines.

If you already are a member just click "Enter", or else, click "Join" to be a member.

Learn how to be one or deal with a "Gem Merchant".


For more information or to order this book
Click here!

Thank you for your interest.

In 1994 I came to Brazil, after 20 years as a goldsmith, to start my career as a gem merchant. I wanted an unusual lapidation and after much searching I found David Epstein, who personally sawed and formed rough he helped me buy. When his lapidation finished cutting we had over a kilo of beautiful cut gems made the way I wanted them. We had a very satisfactory recovery and a good start to a successful career. All these years I have used David to help me source and recut when I am in Brazil and buy and ship to me when I am in Switzerland. I could not reccomend him more highly.

After my gemological schooling in antwerp I landed in Teofilo Otoni, Brazil, ready to conquer the world. The sharks would have eaten me. Very fortunately I found David Epstein. He has been my mentor for almost 20 years. His help and advise in buying and selling has helped me get started, survive in hard times and prospere in good times. I can not reccomend him enough.

David proved to be the most honest, competent and hard working person I found in my trips to Brazil. I've been a cutter and gem merchant for decades and am hard pressed to think of someone who knows more about cutting colored stones or is a better negotiator. There aren't unpleasant surprises when his shipments get to me. His commissions included recutting and testing when I was in Brazil and were well worth it. Need I say more?

If you ever learn one half of what David knows about gems and the market you will be the second smartest gem guru in the world guess who is the number one smartest.

Before entering in the gem business I decided to specialize in better Brazilian gems. I learnt Portuguese and got a gemmological degree, then I sought the advice of a renowned gem merchant. I had read the magazine column “Gem Wise” by Richard Wise. He had written  the definitive book on how to grade fine gemstones – “Secrets of the Gem Trade”. When I asked who should I use to assist me in Brazil,  he said he used David Epstein and would recommend no one else. I have worked with Mr. Epstein for over a decade and have found him extremely knowledgeable, honest and helping. He has been a major force in the procurement of fine and saleable gemstones and guiding me to a consistently profitable business. In Brazil - he is the man.

I have read Gerard Walsh's comment and as a Scotsman I would like to add "and don't you forget that laddy". 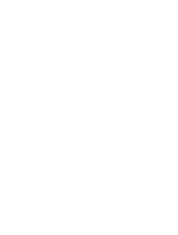 I've had the pleasure to work with David for over 25 years. I haven't been to Brazil as much as I would have liked in recent years and David has bought for my account for these years. David hunts down my specs better than anyone else and I get what he tells me what I will get. No double talk. He is also a meticulous marketer and his advise helped make sales on varios occasions. There is no other buying agent that I know who comes close to him.

Read more about us: